Car Bute is operated by Fyne Futures, a charity and not-for-profit on the Isle of Bute. It has one Toyota Yaris situated in the main town of Rothesay on the island. The car club has been operating since 2011. Over the nine years of operation, it has been reviewed and developed to ensure it serves the main objectives of Fyne Futures: to reduce carbon emissions and support the community.

The initial idea for a car club resulted from a study undertaken with Caledonian University to establish Bute’s carbon footprint and seek input from residents on options to reduce emissions. Using the outputs from this study, they tested and trialled different options in feasibility studies and pilots. The initial proposal to run the car club was led by a separate organisation, which then handed the project over to Fyne Futures. They secured more funding to ensure the car club was properly resourced with a part-time member of staff, and created a marketing plan and brand for ‘Car Bute’. The plan was to run the scheme for six months and then evaluate progress and determine if the car club was viable.

In the first six months the car club recruited 40 members, of whom 10 disposed of their car due to the car club. The marketing of the scheme focuses on the potential financial savings for people who drive fewer than 3,000 miles per year. Whilst usage was low (especially compared to those who reported they would use it) they found that people were walking and cycling more, delivering greater reductions in emissions.

Car Bute secured public sector and third sector use from organisations using vehicles for workplace travel, and created organisation and family membership options to further grow demand. The local council was a member for three years and saved money by reducing taxi use. They also introduced a temporary membership for visitors to the island. This was a four week membership at a third of the price of standard membership. This drove a significant increase in usage but in parallel the administrative burden also increased. This meant the scheme was not financially sustainable, and further funding was required to pay for the staff member and marketing.

Since February 2019 134 people have used the shared car scheme, covering nearly 14,000 miles, and providing a revenue of nearly £10,000. Fyne Futures see that the primary reasons for operating the car club are environmental and community improvement, not financial.

An extension to the scheme comprising 16 e-bikes near the ferry terminal was due to launch in April 2020 but due to Covid-19 restrictions and loss of staff this has been put on hold.

The car club shut down during the lockdown period in early 2020 and reopened on 29th June. They have implemented rigorous protocols to ensure the vehicle is Covid-19 secure. They have had five new members join the car club and have seen all members respond favourably to the measure in place.

What has made them successful?

Fyne Futures attribute their continued success to clear and regular communication with users and the community, and having employed staff to run the scheme. In addition, they retain focus on their initial objectives while also being flexible to review and adapt to changing circumstances. 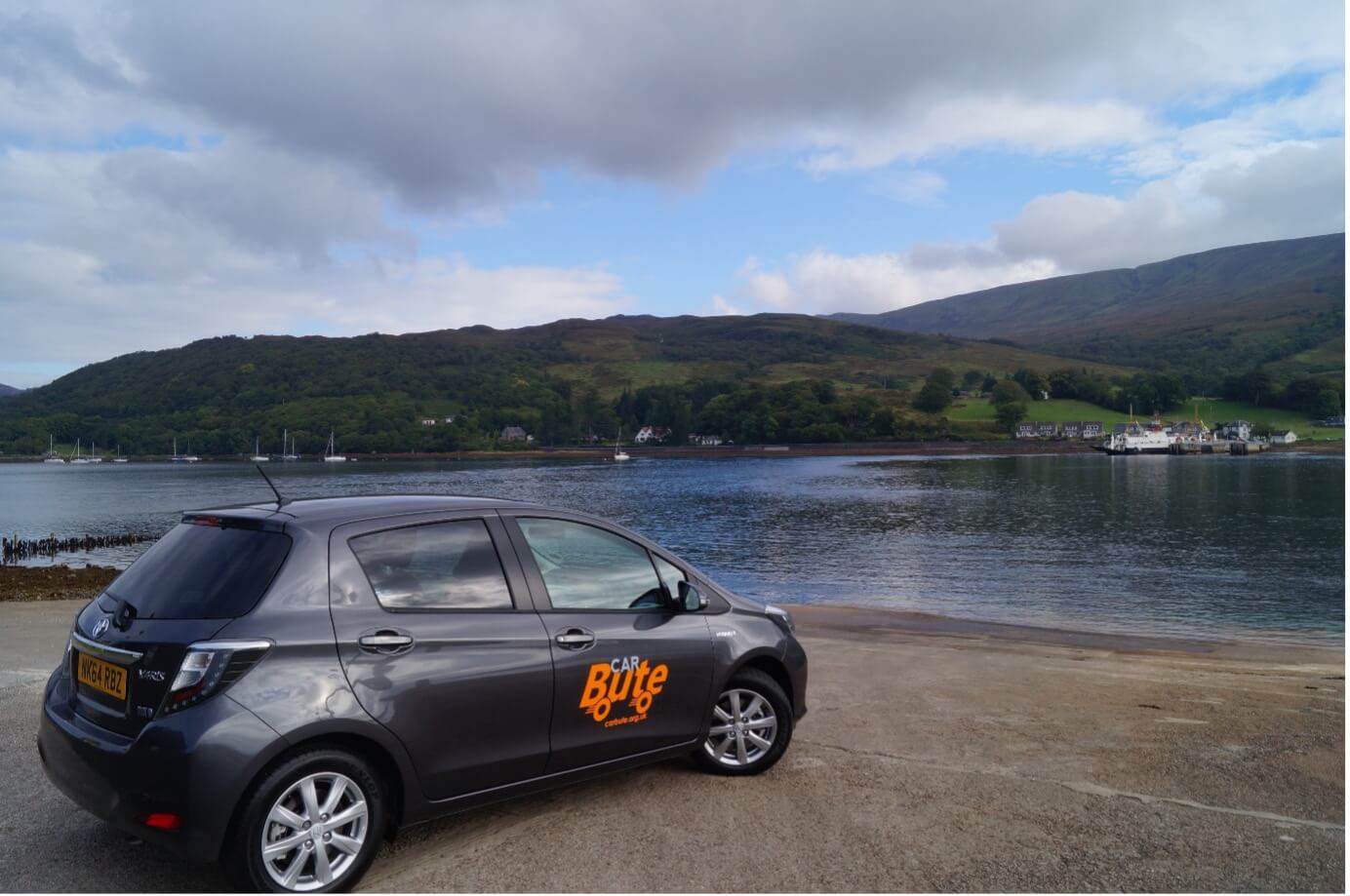 By clicking “Accept”, you agree to the storing of cookies on your device to enhance site navigation and analyse site usage. View our Privacy Policy for more information.
PreferencesDenyAccept